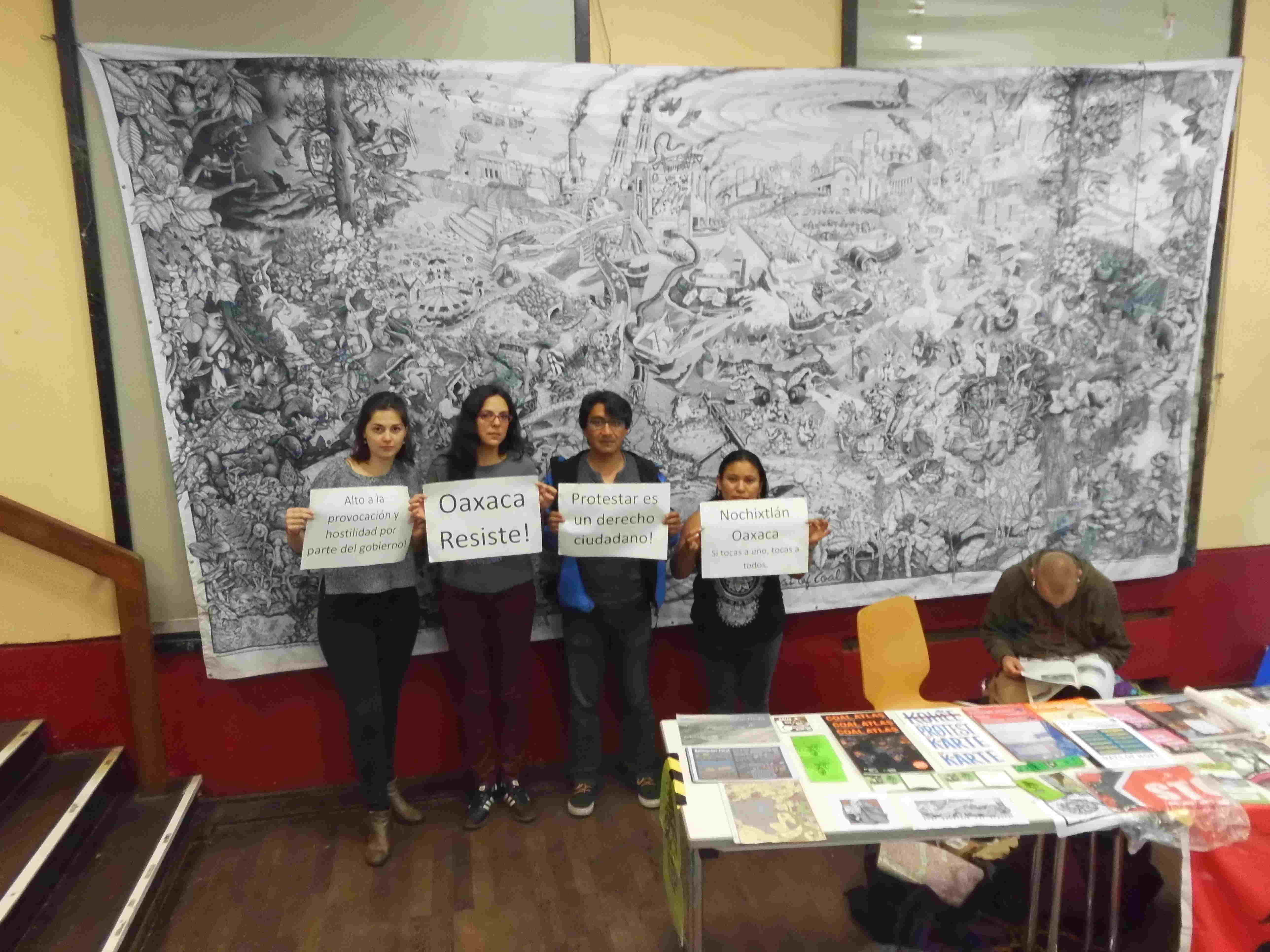 The all day event featured not only many workshops, films and a variety of groups and struggles having their presence there but also an exhibit of photos featuring the Hambach Forest Occupation taken over the years by 3 separate photographers from the cologne area, a collection of prisoner support art and poetry and a table with Hambach Forest material with the Price of Coal Mosaic hanging in the background. The rainy conditions resulted in smaller turnout which had the positive effect of activists themselves being able to connect together and consider different forms of cross-sectional mutual support. The Groups included Stop Watching Us Cologne, Antimilitarist Groups, Foodsharing, Interventionistische Linke an many others. The presence of Hambach Forest activists centered on expanding the definition and focus of Human Rights onto Rights of Nature, and on the equality and oneness of Eco-Justice Struggle being in effect Social-Justice Struggle as all the laws and rights remain promissory concepts for as long as the ecosystems are exploited and destroyed and water and air progressively deteriorates. That expansion is a sheer necessity as Climate Chaos victims and the ecosystems under attack are hard if not impossible to frame solely in terms of human rights without their expansion to include other species and habitats and critically looking at the dynamic of capitalist extractionism. (Extractionism: the massive exploitation of natural resources and their global distribution)

The event was followed by sharing the left-over food from the event and from the food sharing stall with the Meadow Occupation where it had to be taken by 3 different vehicles. Thanks Allerwelthaus and Cologne Foodsharing! 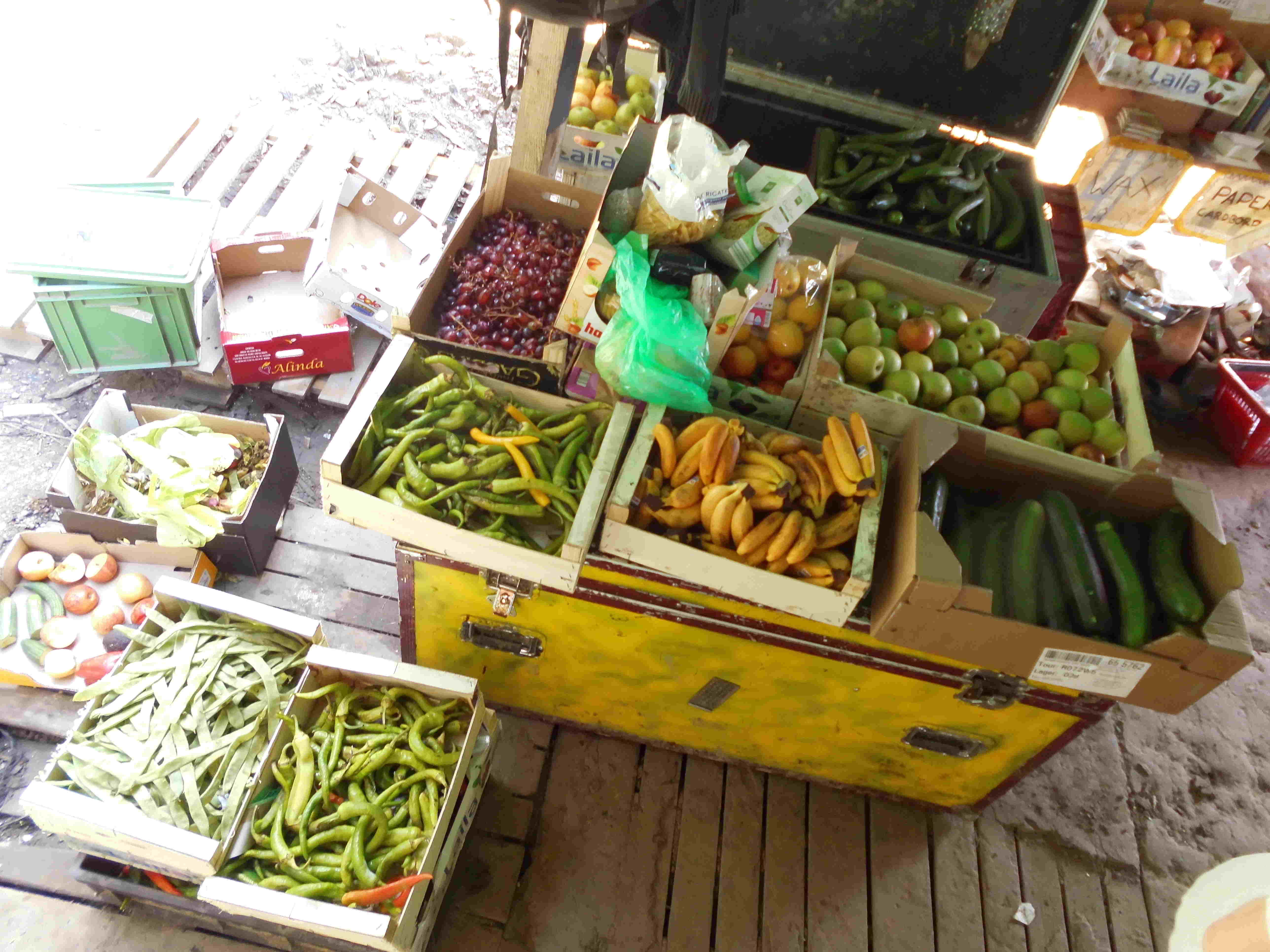